What’s Really Behind Those IoT Threats 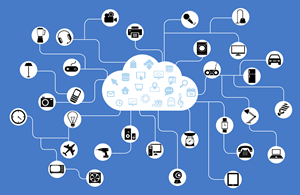 In the last few years, consumers have met advancements in the Internet of Things (IoT) with equal parts excitement and fear. We’ve come a long way from 2015’s Jeep hacking demonstration, perhaps the first “mainstream” story that sparked fear in consumers, but also helped them connect the dots around how IoT may directly impact their lives. Now, we’re seeing much broader implications for IoT-centered attacks. Just one example – last fall’s massive DDoS attack that took down thousands of sites including Twitter, Netflix, and Amazon was reportedly traced back to malware that can build botnets from IoT devices.

There’s one thing that’s clear: as with any emerging technology, IoT brings with it a new wave of threats that will affect businesses and consumers alike. But with all the noise, it’s difficult to separate fact from fiction, truly understand the imminent threats, and feel prepared to tackle them. Here are some things you should know:

In IoT product development, security may be falling to the back burner
Players in the IoT space are competing to bring products to market quickly and win the hearts – and wallets – of consumers. This means that at the development stage, security may not be prioritized or given due diligence. This is not to say that security is taking a backseat for all IoT devices, but it is important to keep in mind as hackers will continue to try to innovate and exploit vulnerabilities. Governments globally are also in the process of establishing rules and regulations to standardize the role of security in IoT product development.

Yes, your connected refrigerator might be exposing you to risk
We’re now in the era where your fridge can order milk for you before you run out. Unfortunately, that convenience doesn’t come without risk. Smart fridges are connected to your network, your Internet, and consequentially, the other devices in your home. Like any other device that runs on software, your smart fridge may be susceptible to bugs or holes that serve as entry points for attackers. Particularly if you reuse passwords, an attacker could gain access to the other devices in your home or more sensitive financial accounts.

Your security is still largely in your hands
As IoT continues to pick up momentum, attackers will continue to target it with increased fervor. That said, there are many things you can do to help stay ahead of these threats: